I’ve written here before about my love of writing letters to people.  You know, real letters, with stationery and envelopes and stamps.  I often try to do a theme with the letter, matching the stationery to some stickers on the envelope and, if possible, to the postage stamps on the outside.  Because of this, I have a fair number of stamps. 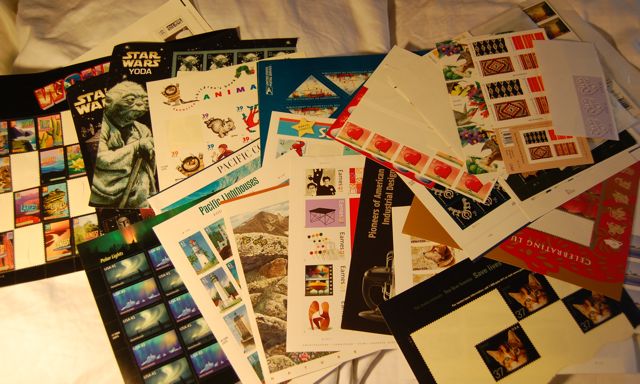 I’m not a stamp collector as I actually use the stamps that I buy as postage.  Eventually.

I have stamps going back to the late 90’s in my stash and because of this  I often need smaller denominational stamps in order to make-up the difference in postage rates.  So when I saw a lot of unused US postage stamps on eBay I bid and won them, not knowing how much actual postage was on them.

Yesterday a little envelope with a smaller glassine envelope inside arrived with these inside it!

The majority of the stamps were around 4 or 5 cents but it was the breadth of  topics that they covered that nearly took my breath away!  Here are a few examples:

This stamps says around the picture of the woman and girl: Civic Affairs, Education, Arts and Industry.

During the cold war, Finland was a very important ally for the United States.  Who better to know how to deal with the Soviets than a country that shares a border with them that has managed not to get taken over by them.  And who better to get Finnish stamps than an American who has Finnish friends!

The artwork on this one is pretty amazing in my eye.  Here they have put a sod house on a stamp, something that is truly not all that sexy, and have still managed to portray the spirit of independence of the people in front of it.

Apparently this so captured the US postal services imagination that they made another one in 1991 to celebrate 30 years! 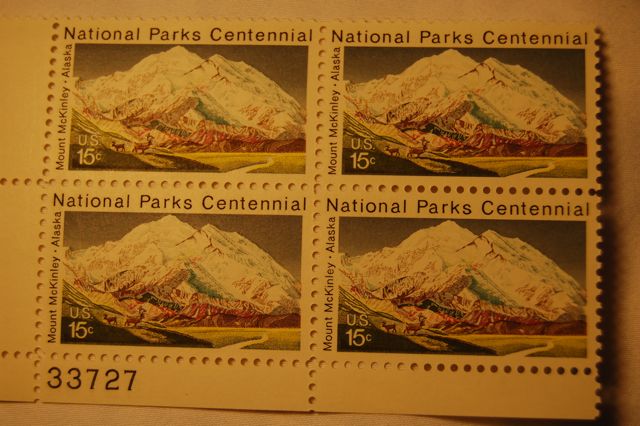 The engraved artwork on these stamps is absolutely amazing.  It’s difficult to see, but there are 2 elk in the foreground and the details of the mountain itself are spectacular. 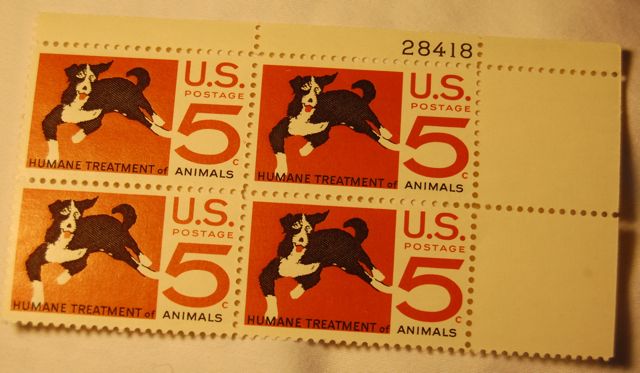 This stamp was issued to celebrate the 100th anniversary of the founding of the ASPCA here in the US.  The saucy looking dog on the front was a mutt owned by the artist, Norman Todhunter.

I love that they put “Angus Cattle” at the bottom of the stamp.  I also really digging just how fierce they made that bull look.  This is not a “normal” picture of cattle at all as there is no placidity in either his pose or his physical stature.

Plant for a more Beautiful America (1966)

Just such lovely artwork!  Plus, the planting theme makes my horti soul sing!

Imagine my surprise when I saw this in my pile of stamps!  This is a stamp about family planning from 1972!!!  And we still have a panel of men sitting in Congress talking about this in 2012??  Really??

Now this last one is actually going to get framed.

What a great stamp!!!  It has me thinking about Christmas gift ideas.  (Yeah, I know I just made you throw-up a little with that statement.  Sorry!)