I feel like I need to catch up on a few odds and ends at this point.  So, to start; Charlotte is still heavy with lamb.  She is, however, starting to bag-up (her udders are getting large) significantly so I am hopeful that we won’t have to wait until May 31st for the arrival of her little one(s).

Abigail’s lambs both seem to be doing fine.  The little ram lamb hasn’t wanted a bottle since the first day, so I am pretty sure that he is bumming off of the other ewes.  Fairly successfully from the feel of his belly each time I grab him to check on him.  I’m really glad for this as bottle-fed rams have a tendency to become freezer rams as they can often become more aggressive with humans as a result of this early interaction.  The little ewe lamb, who I have named Alanis, will come and eat from the bottle when I offer it to her but isn’t acting hungry otherwise.  I think that she’s either a little bit of a piggy (which is possible!), or that she just isn’t quite as successful bumming off of the ewes and needs a little extra.  Either way, I will continue to check-in on her a couple of times a day.

The bright pink on the top of her head is a marking crayon that I have put there so that I find her more easily to check on her.  I have to reapply it every couple of days as she rubs it off.    By the way, this is her older sister, Allaura.  She was bellowing at me this morning and I didn’t even need to check her tag to know that she was Abigail’s daughter as she already has the makings for the same voice. 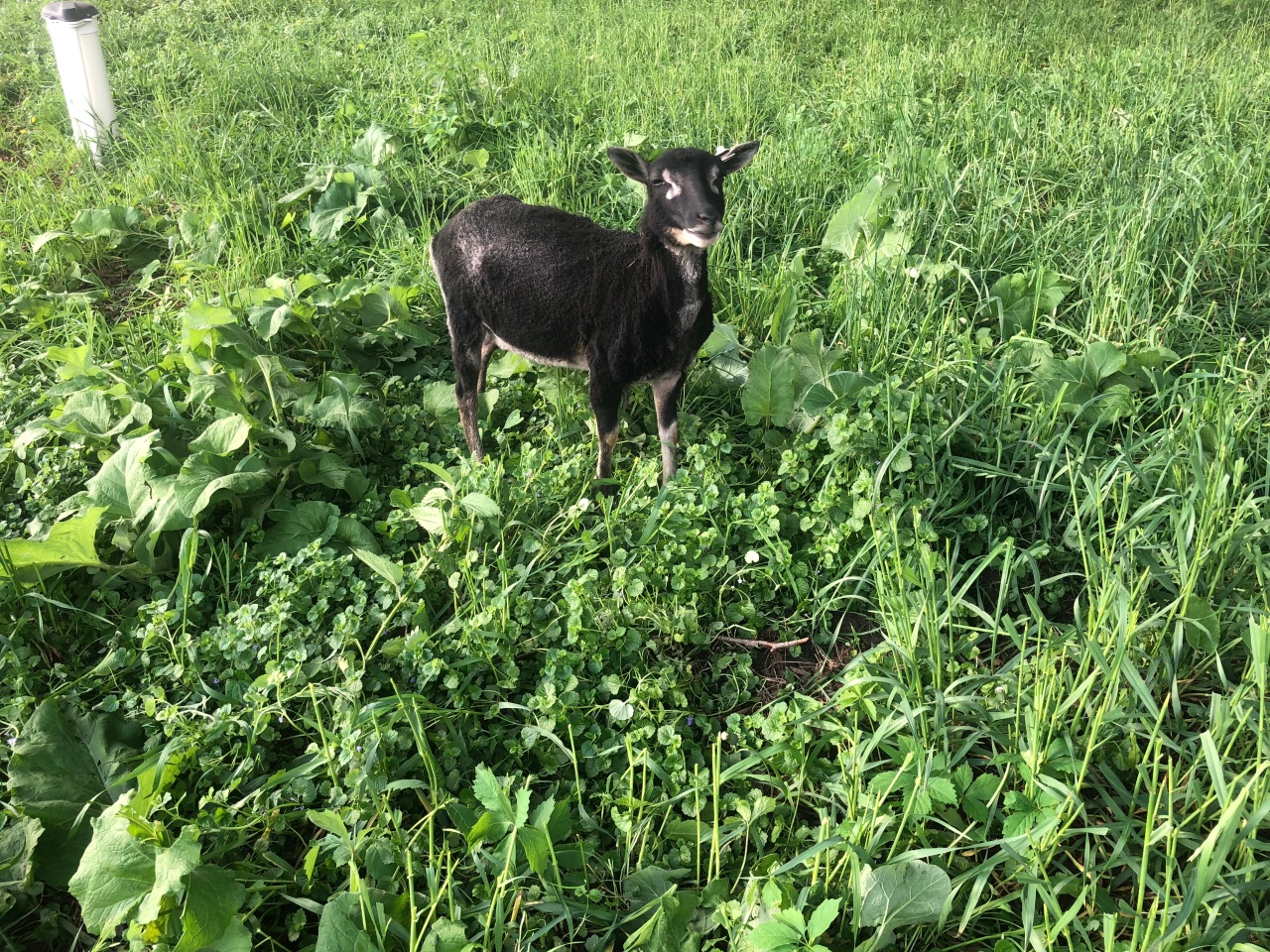 I received a question about the CDT shot and what it was.  I am from a farming background and sometimes forget that we are really in the minority because it’s also who I am surrounded by daily.  So please, if there are questions, ask.  You are likely not the only one!  Anyway, I should have actually written it CD/T as that is technically how it’s done.  In my head it’s CDT, thus I wrote it that way.  The CD/T vaccine is for sheep and goats and it prevents Clostridium perfringens Types C and D and Clostridium tetani.  I give the shot twice to lambs, once at around six weeks old and then about a month later.  I vaccinate everybody at the same time, so some of the lambs aren’t quite that old and other are a little older, but that’s a general timeline.  I also vaccinate older animals once a year with it.  The diseases that they prevent are deadly and often the very first symptom that you will see with them is death.  So vaccinate your lambs and kids.  And your children too (but that’s a whole other thing…)

Answering another question before it even appears, yes I get a tetanus shot yearly.  My Doctor and I have discussed it and given my lifestyle *ahem*  we have decided that it is in my best interest to simply get one every year.  On Wednesday I stabbed myself with the corner of one of the shearing combs after it had been on the shearing machine for a number of sheep.  I’m SURE it was covered with all sorts of stuff but I would never in a million years run to the Doctor’s office just to get a shot for it.  However, it is something this small that could give a person tetanus, and I’m not willing to die from lockjaw.

The Jacob sheep look so much better after their haircuts.  Marge is on the thin side, but hopefully I’ll be able to fatten her up a bit after a summer on good grass.  I really honestly couldn’t get a good evaluation of their condition with all the nasty that was on their backs when they arrived. 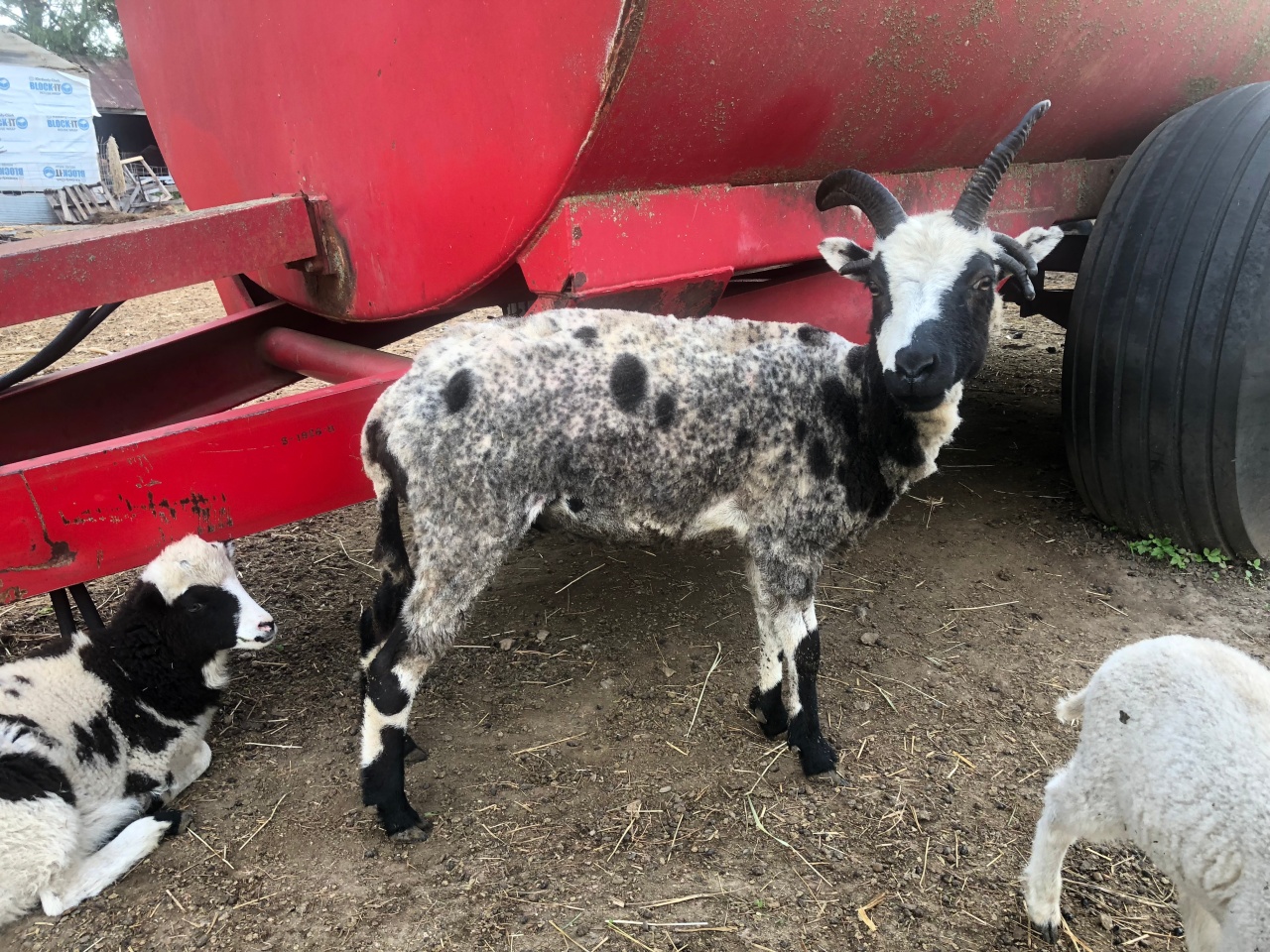 My flock has reached a size where I need to have a better way to handle to sheep on a daily basis.  I don’t have a chute system or anything like that.  I don’t even have a good way to get them all into a smaller pen.  I am seriously considering getting a working dog to help me.  My reason for this is simple, I need to be able to catch a sheep when I want to.  Yes I have friends that can help me at times, but I can’t be calling them all the time, at all hours of the day, to just come over and catch a sheep.  I’m also looking as splitting the flock into two parts so that I can graze some of them in a different area that is further from the house.  I need to be able to get the sheep to this grazing area in a group and get them home in a group.  Right now, the magic bucket of feed isn’t going to cut a half-mile walk down a grass waterway.  It’s just one of those things that I am trying to figure out if another animal in my life will be more stress or less stress overall…