I thought that I would share a few random photos from my day. 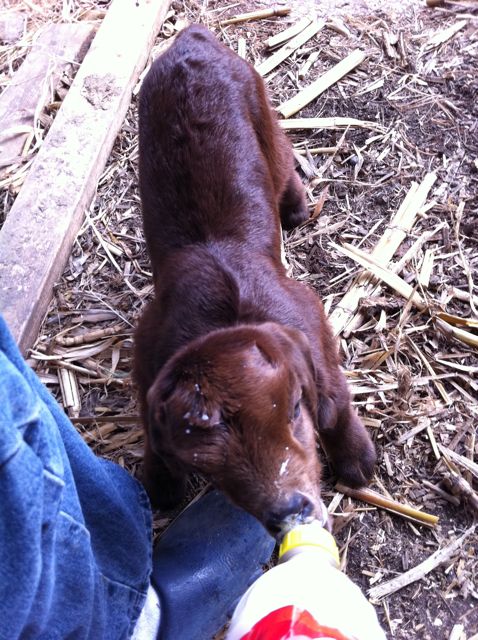 She's too big to fit into my coat anymore (at least with me in it too!)

I wish I could capture one of her little hoppy jumps as she walks beside me! 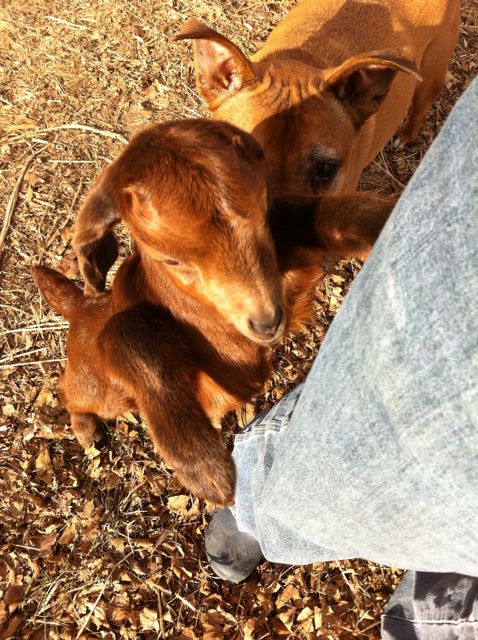 This CANNOT become a habit because if there is one thing more annoying than a dog jumping up on you it has to be a large goat (which I think Red is going to be).

It's hard to see (because most of it isn't in the picture!) but Red's new favorite way to feed is sitting on my lap. 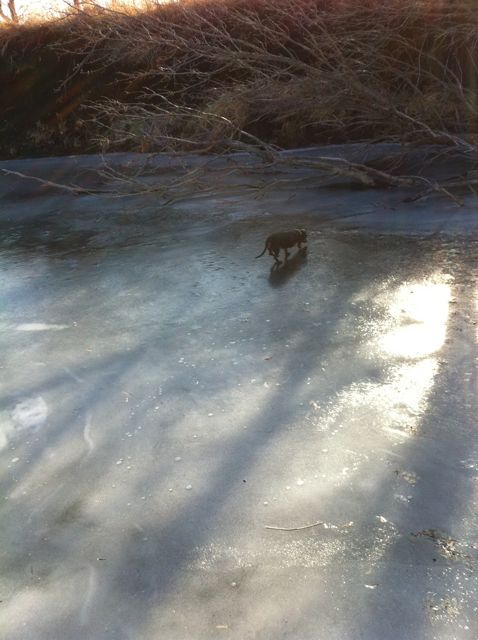 Weezy on the ice. Parts of the creek are still frozen despite the very warm weather because they never get direct sun.

The Freshwater Mussels that formed the "mother of pearl" button industry in Iowa at the turn of the century are still found in creeks and rivers all over Iowa.