This weekend I had the great fortune of going to the Des Moines Metro Knitters group annual retreat called Sticks and Strings.  It was held at the Country Inn and Suites in Clive, which was the perfect venue as it had such a laid-back atmosphere.  None of the hotel staff looked too freaked-out by a bunch of knitters wearing brightly colored socks with a few spinning wheels invading the premises:-)

On Friday night there was registration and sort of a getting to know you knitting area.  There was also a goodie bag with lots of goodies in it!

The bag itself is the green zippered wallet looking thing on the lower right.  It unfolds into a nice-sized tote!  There is also a water bottle, a needle sizer from one of my favorite knitting supply companies Succaplokki, a little notebook and pen, a set of stitch markers made from recycled aluminum by Plover Designs, a Soak sample and a cute little zippered pouch that says “Knit Happy”.  There was also a passel of papers in there with various knitting patterns as well as coupons for various vendors.  We were also given a monster sized Lion Brand tote bag, but I’ve already put it away and I’m too lazy to get it back out:-)  However, it is large enough to easily carry around a full-sized blanket in progress!

On Friday night there was a shopping market  with some area knitting stores as well as some local crafts people selling their wares.  Bug Snugger’s Diane was very popular that night and no wonder why.  Her yarns and fibers are really yummy and cheerfully colorful and well made.  There was also a lovely woman running a stand called Darnit! Sew What? which was selling cute, well-made, hand-sewn project and accessories bags.  I didn’t take any pictures of the vendors market because I simply didn’t think of it.  Sorry.

The next morning, we all met in the big conference room area.  There were a lot more knitters this time around as we pretty much filled-up the room.  We had a “getting to know you” bingo game which was fun.  There were talks about all sorts of things going on in the breakfast room next door including charity knitting, how to tame your yarn and tips on how to repurpose old sweaters.  In the main conference room, there was sitting and knitting and spinning (I didn’t spin too much as I felt like I was ignoring my table mates by doing so!).  It looked about like this:

In the afternoon they drew door prizes.  I won a book that I had been thinking about getting for a long time (score!) and a cute bar of soap in the shape of a sheep (double score!). 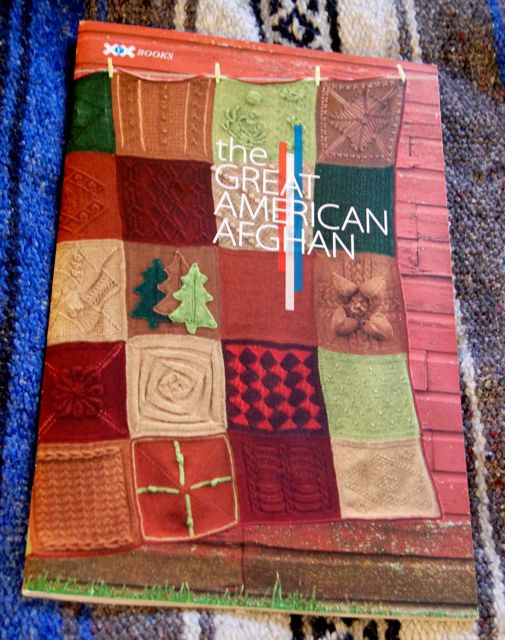 I already put away the soap. It's soap and it's shaped like a sheep. Use your imagination.

There were lots of yummies to nibble on after lunch (and before it too if we are being really honest here!).  Some were healthy, I promise!

There was also a charity knitting area in the back.  Folks brought bits and bobs of acrylic yarns that they had around the house and worked on some scarves that were started.  At the end of the weekend, these scarves are going to be donated to a local shelter. 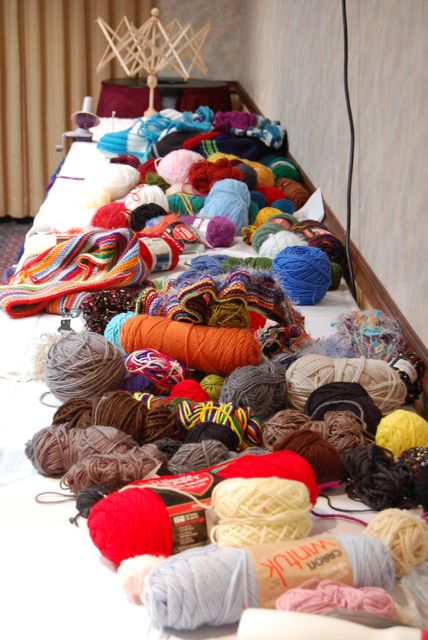 Sticks and String actually went on through today, but I really couldn’t justify being away from home (and thus the animals) that long so I came home last night.  However, I’m really glad that I went to this event as I had a chance to meet a lot of great knitters from all over the state of Iowa!