My miniature dachshund, Weezy, is almost 14.  She’s not elderly by dachshund standards, but she’s definitely getting up there.  Like many older beings, she often needs to potty in the middle of the night.  It’s not every night, but a couple of nights each week, she wakes me up in order to go outside at about 1:45 in the morning.

My bedroom is on the second floor, so I usually carry her down the stairs (stairs aren’t good for dachshunds backs) and let her do her business outside.  Weezy isn’t the fastest wee in the west, so it usually takes a little bit for her to let me know that she needs to be let back in.  Now, I know that looking at my phone in the middle of the night disrupts my circadian cycle with the blue light intrusion into my sleeping time.  Awake me is well aware of the issues surrounding phone usage in the middle of the night.  However, this logic doesn’t extend to middle of the night me and I grab for my phone like a junkie needing a hit. My logical brain knows that this is a bad idea but the less evolved part of it whispers, “what if there’s an emergency?” and at 2am, this logic is unassailable .

I’m telling you all of this to set the scene as to why I was standing in the kitchen, on my phone, at 2 in the morning. For some reason, I ended up on Amazon.  And for some other reason, I bought this: 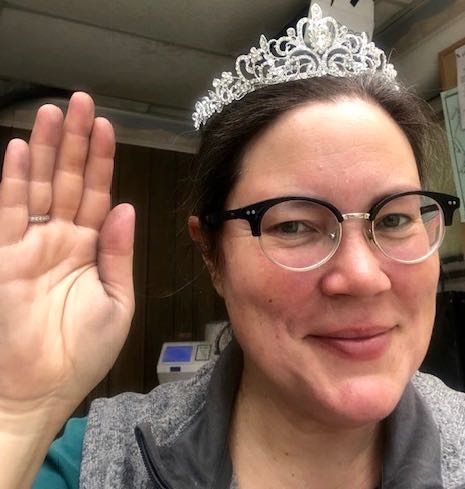 This is me, at work, feeling like a pretty, pretty princess.

No, a tiara is possibly not the most logical purchase that I have ever made, but I guess 2 am Sarah really wanted one.  And who am I to argue? 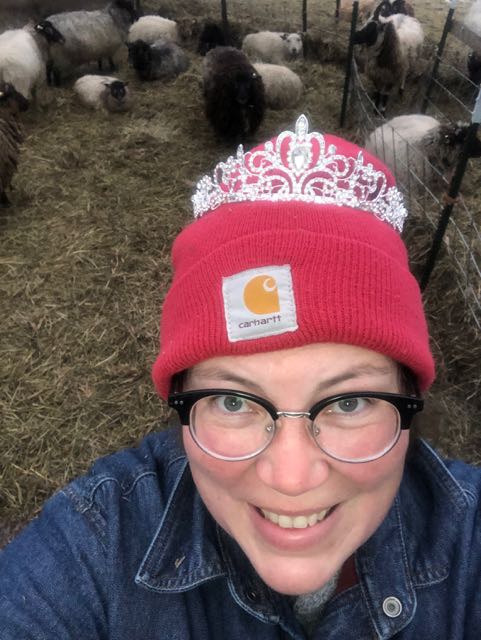 I had another small package in the mail, this one not from Amazon.  It was from Baker Creek Heirloom Seed Co. in Missouri.  I have longed to order seeds from the company for some time as I ADORE their catalog.  However, I’ve never actually pulled the trigger on ordering them as I just couldn’t justify it to myself.  However, my friend Tini in Germany seems to have read my mind (or perhaps we are just of similar minds) and gotten me some seeds from them for my Christmas/Birthday present.

This is not all that she sent me as last week I received these amazing socks in the mail from her: 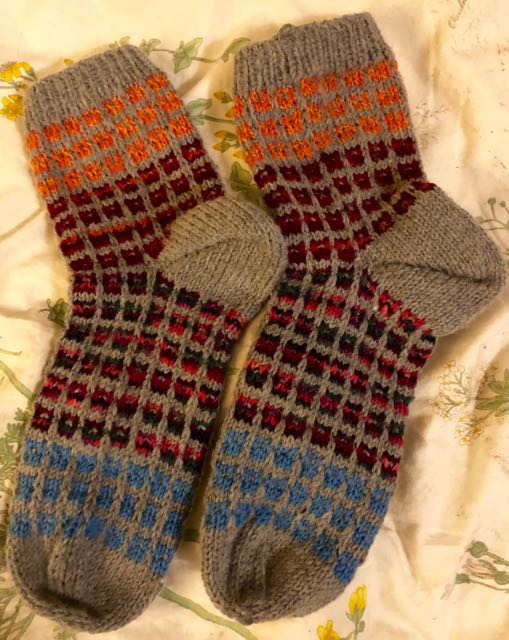 I have had some excellent mail as of late!