I went to the iKnit Weekender on the Friday a few weeks ago just to shop and see some friends.  I didn’t take any classes as I was still a tad “knit-out” at that point.  However, I did shop!

First off, I got some lovely yarns from the lovely Jon of Easyknits.  This is the colorway Solider Boy, which I believe is pretty new, in the Merino/Silk blend.  I couldn’t leave the Royal Horticultural Halls without it!

I also got this “Socks seen from Space” colorway called Carousel in the 100% Superwash BFL.

And lastly, I got the colorway Swamp Thing in the BFL as well.

While I was at the Easyknits booth, I also got some patterns from a friend of mine, Marleen of Dutch Knitting Design.  She’s been designing a lot lately using the Easyknits yarns, thus she was in the booth helping out in all of her craziness:-)  I got her book as well as a couple of her individual patterns which I’ve wanted ever since Knit Camp where she taught one of the classes that I took at the last-minute.  She hadn’t been planning on teaching and thus had only brought a few copies of her book and patterns.  She does sell her patterns on her website as well as through Ravelry, but I love how much attention to detail that she has put into her printed copies. I highly recommend her patterns as they are written so clearly that even I can follow them with ease!

I also ended-up with a wee cute tape measure at the Easyknits booth. 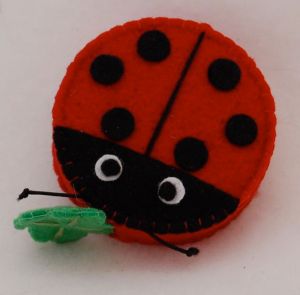 There were quite a few people at iKnit that had been at Stirling that I hadn’t had a chance to shop at then.  I didn’t miss my chance this time!  One of those booths was the Textile Garden booth of button-y goodness.  I got a few different batches of buttons and stuff there!

Woolly Wormhead was also floating around signing books, so I got one from her… 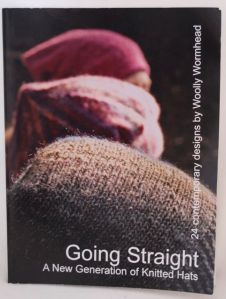 Ann Kingstone was there with a booth selling her patterns as well.  The description of the Hartfield design was enough to sell it for me!

The folks from the Wensleydale Longwool Sheepshop were there selling their wares and I got a few things. 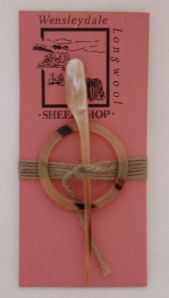 I’ve wanted a shawl pin for a while now, but haven’t been able to get designs that I wanted (I always wait and then someone else gets it!).  I snagged this one post-haste when I saw it!

I also got some Wensleydale rovings in natural colors. 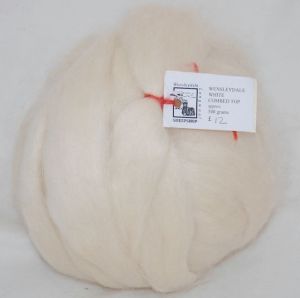 The folks from Herdy were in attendance!

As was iKnit the shop, where I got the newest version of Alice Starmore‘s book Aran Knitting which I had hoped to get signed, but I apparently missed the announcement for over the loudspeakers.

I also got a skein of Cherry Tree Hill Fingerpaints yarn in the colorway Cider House.  I really like their yarns and am glad to see someone carrying them in the UK.

I also got a flick carder as well as a set of Louet Mini Combs, but I have (naughty, naughty me!) forgotten which stand they came from.  This is why I should be better about writing these up as soon as I get home…

Last, but definitely not least, I got some really scrummy superwash Merino roving braids from the Picperfic‘s stand.

It was a really lovely day and I’m glad that I went on the Friday, since it was less busy.  I got to talk with lots of folks and hang-out with Jon and Marleen afterwards, which is always an event guaranteed to have something snorting out your nose!

One thought on “iKnit Weekender (a little late…)”